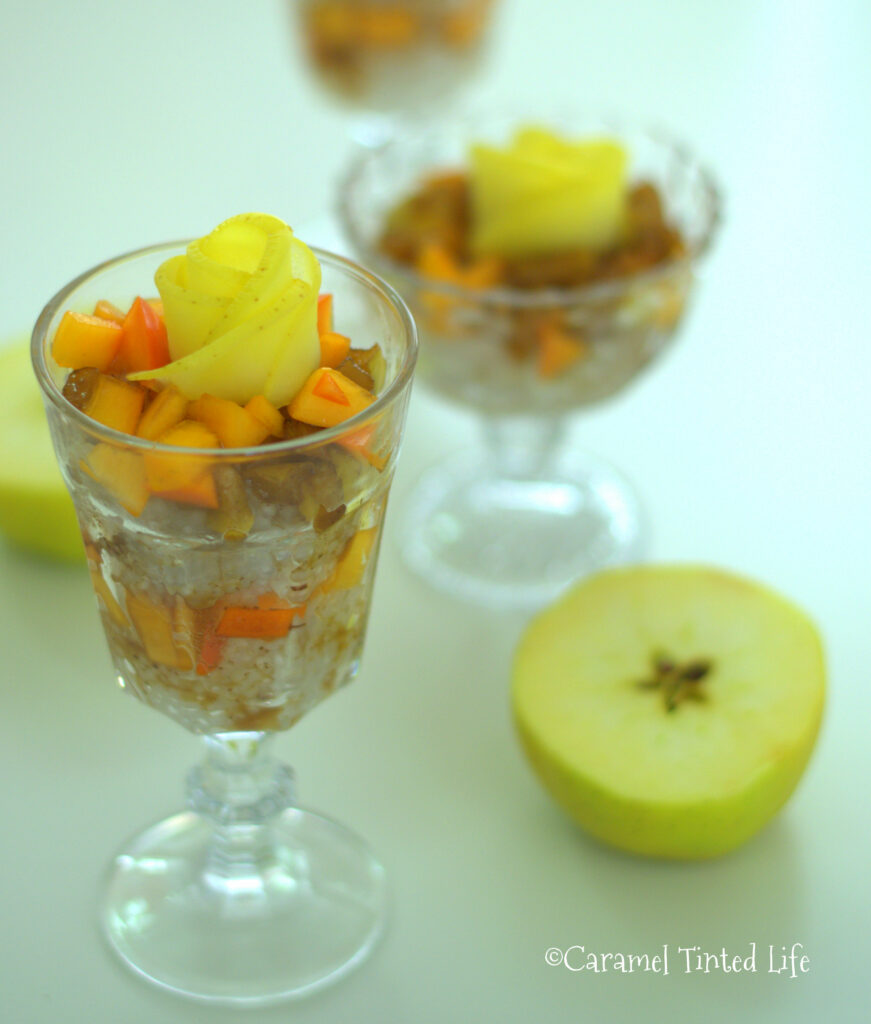 I was reminded a few days ago, out of the blue, of a delicious tapioca pearl pudding that a wonderful neighbor used to make during Diwali. I was fortunate to have spent my childhood in a community where we had families from different states and was royally spoiled by our Goan, Punjabi, Kannada and Maharashtrian neighbors. Diwali meant platters of deep fried namkeen (savory snacks), Ganesh Chaturti meant modhaks (sweet dumpling) and all festivals came with a multitude of deliciously rich sweets that I can't stop reminiscing about without salivating!

Sabudana Kheer (tapioca pearl pudding made with milk) was once such decadent dessert. As a child, this kheer was a lot more fun to eat than the kheer I was generally used to - made with vermicelli or rice. Every little bite of sabudana had an addictive chewy-quality to it, that was irresistible to my 10 year old self. Sort of like the addictive joy that comes with bursting bubble wrap...or is it just me who thinks that way? 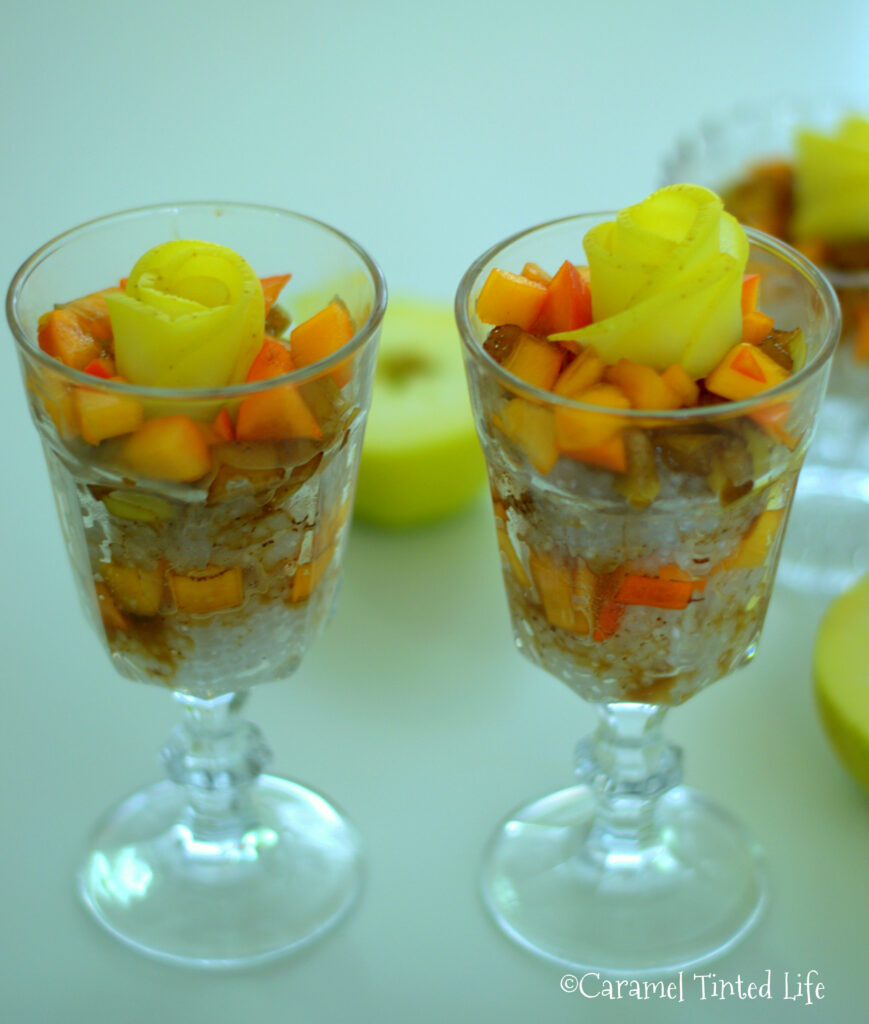 Years later, I got to know that sabudana was in fact made with tapioca, a realization that struck me as very odd, because I was so used to having cassava root (from which tapioca is made), on its own or boiled and seasoned with turmeric and a few spices. The latter, called as kappa is common to Kerala cuisine and deserves a separate blog post of its own.
How little do we know about the food of our childhood! Turns out, tapioca pearls are also gluten-free, as it is made from the cassava root. This makes it naturally gluten free, and its starchy quality makes it the perfect base for a sweet pudding and a substitute for flour.
It was around this time, when the sabudana kheer cravings struck me that I chanced upon this wonderful blog, whose writer conjures up beautiful imagery in her writing and photographs. Lapetitechef.in is a beautifully written blog that I can read at length and loose myself in. I had to try Swayam's recipe for tapioca pudding with honey caramelized pineapple. But I didn't have pineapple at hand. What I did have was Golden Delicious apples and persimmons. So that would have to do. And the results were pretty amazing. Deliciously rich pudding without the calorie count, gluten free and vegan too! 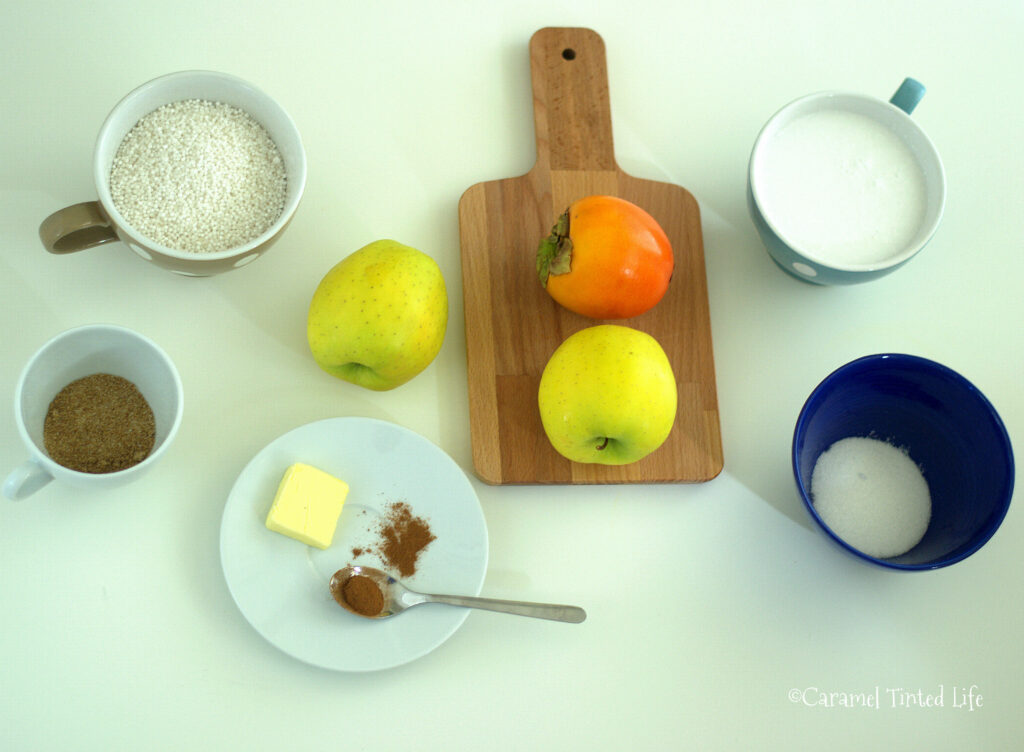 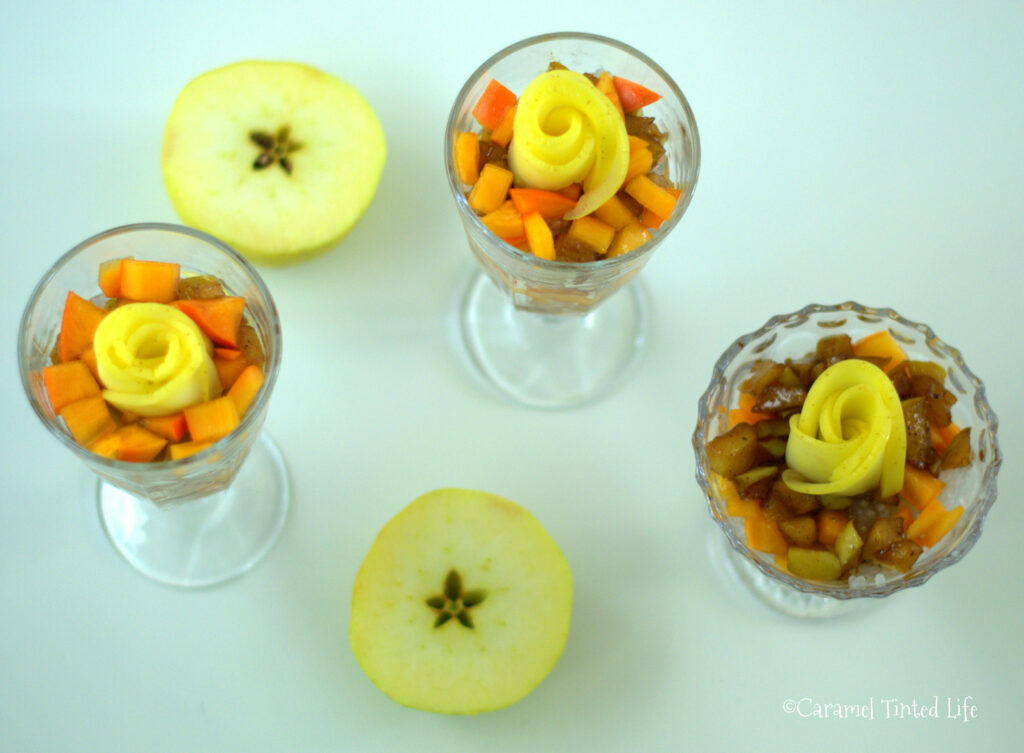