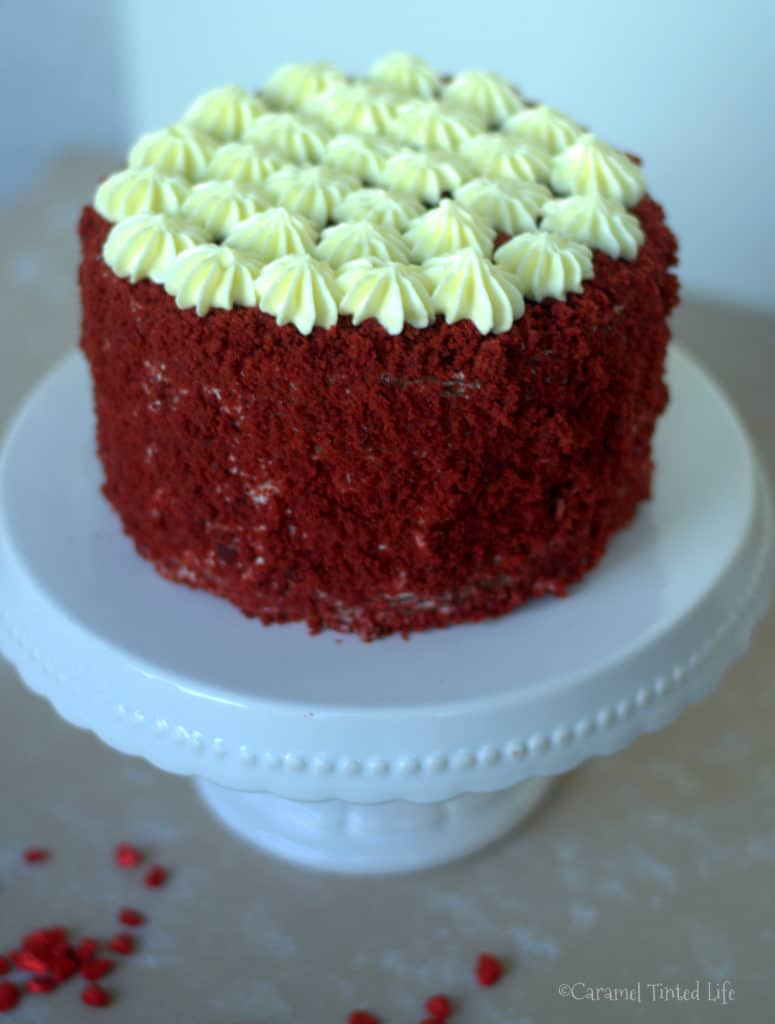 This will be our third Christmas in Switzerland, and like every year, I am always overcome by a sense of wistfulness. Christmas has always been celebrated with our family and friends in Goa, and being away from family at this time of year is never the same. Having said that, there is plenty to be grateful for this year. And one can't help but feel festive when in Switzerland, because there is always something going on around Christmas time. And I don't mean the commercial onslaught that hits us in the name of Christmas. Of course, that happens as well although, I believe, to a lesser extent than it does in many countries. 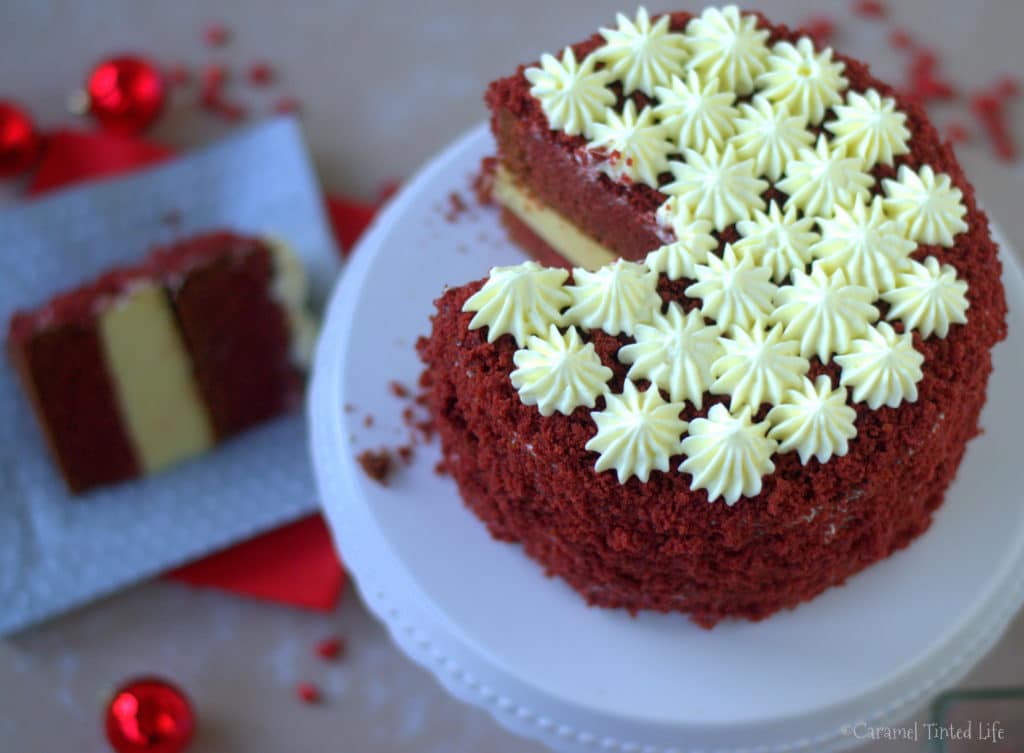 The Swiss don't have the opulent churches or decades of glorious history that draws hordes of winter tourists to their European neighbors, but Swiss Christmas traditions are beautifully charming in themselves.

Last week, on the 23 rd November, our little town lit up with a canopy of lights. The ceremony was accompanied by gluhwein for the adults and Spanisch Brötli (a flaky pastry filled with hazelnut paste and jam) for the kids.

In Zurich, the lichterfest, as the ceremony of lighting the lights is called, is on a grandiose scale. The canopy of lights, called 'Lucy' lights, is stunning to say the least. The lighting of the lights accompanies the opening of the Christmas markets in Zurich, the most enchanting of which is the 'Wienachtsdorf'. Literally, a Christmas Village, the Wienachtsdorf is on the lakeside, and is dotted with fondue stalls, beautifully lit trees and a skating rink. Here's a picture of the jeweled tree that sits in the heart of this market. 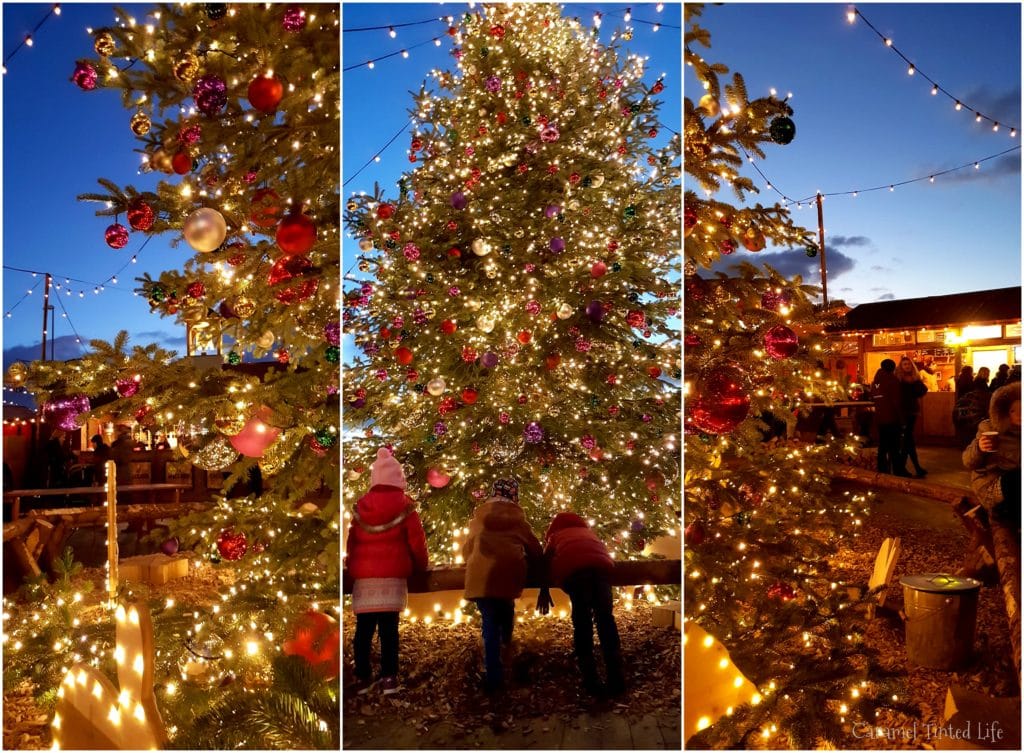 There are also quieter and more sober events than the increasingly commercial Christmas markets. There is the arrival of Samichlaus,  or St Nicholas, a.k.a. the original Santa Claus, in the first week of December. Samichlaus makes his appearance in the village squares and visits children with traditional gifts of tangerines and nuts. How I love a Santa Claus who does fruit and nuts instead of chocolates! 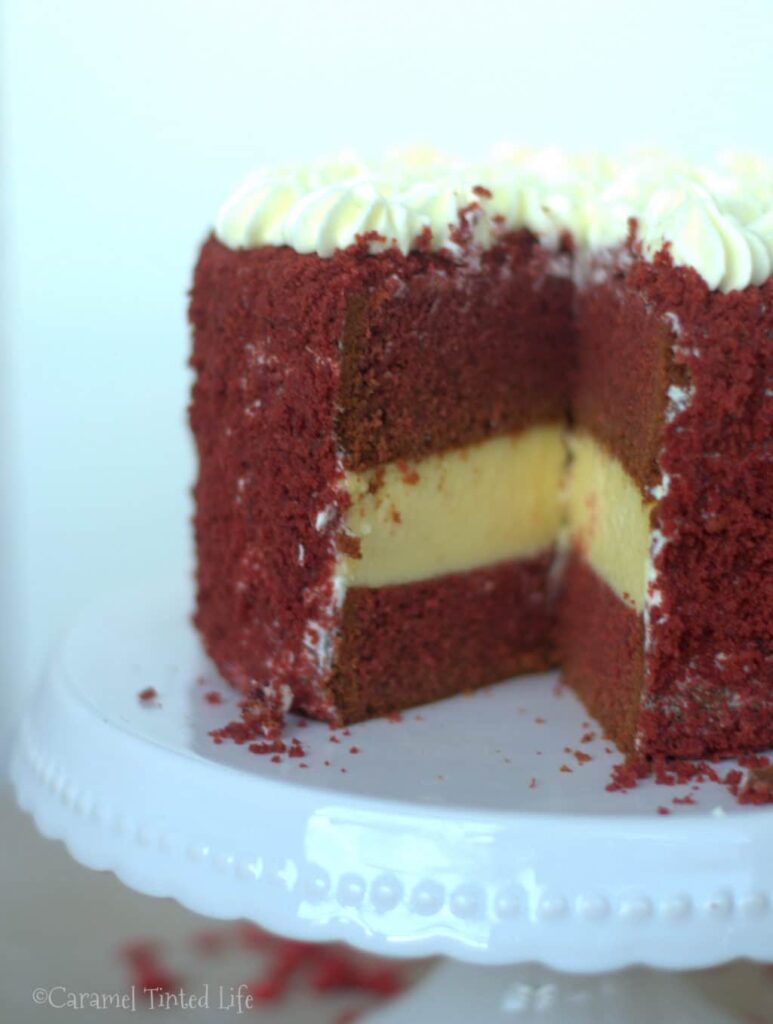 In the spirit of the festive season, I made this red velvet and cheesecake layer cake for some indulgence, because as the old saying goes, there is never such a thing as too much indulgence in December! This is a recipe I've made a couple of years ago, and I am not sure why I waited so long to try it out again. With the red velvet cake alternating with the cheesecake, it is quite the treat, perhaps not one that Sami Chlaus would approve of, but one that Santa Claus of the Coca-Cola fame would most certainly give a double thumbs up to! 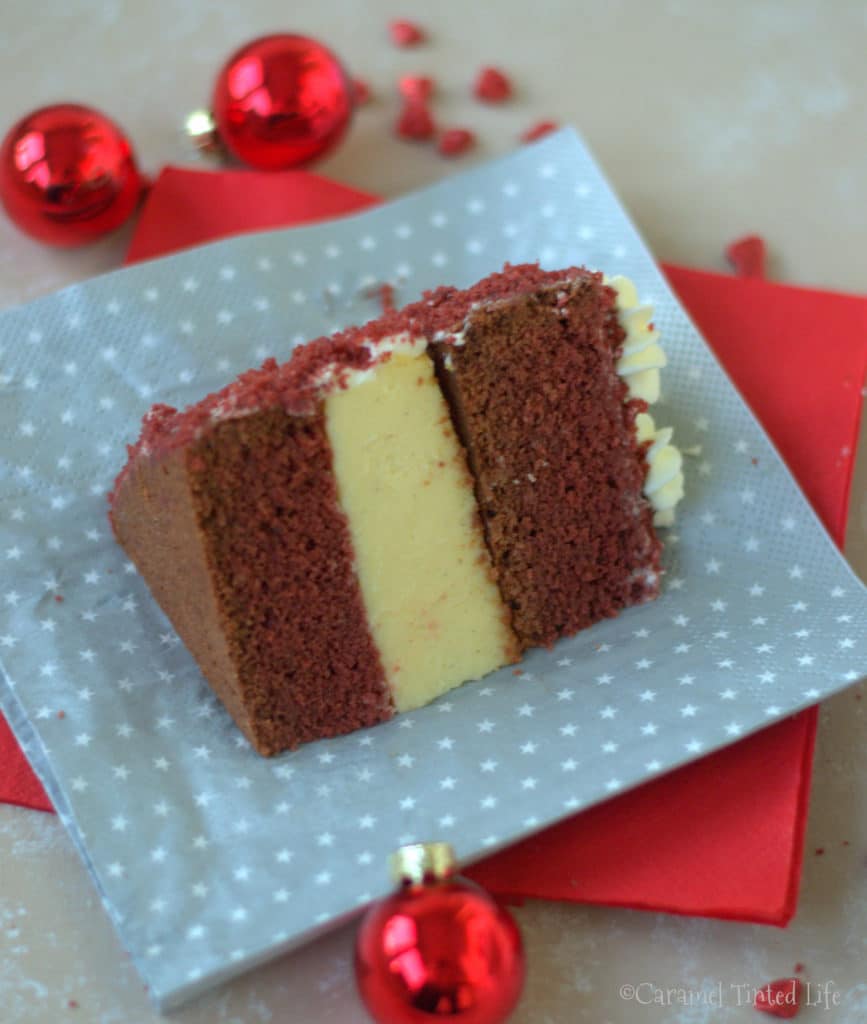 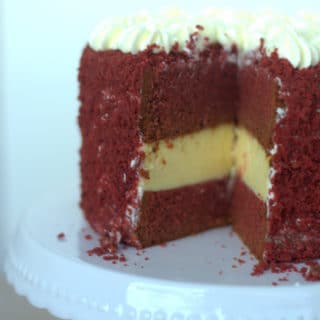 Traditional cheesecakes don't use flour in the batter, but I prefer the cake to be slightly firm, so that it's texture pairs well with the red velvet cake
Have you Tried this Recipe? Tag me Today!Tag me on Instagram! @carameltintedlife or use the hashtag #carameltintedlife

If you like this recipe, pin here for later: 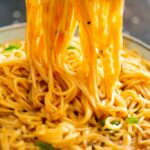 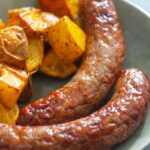 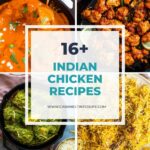 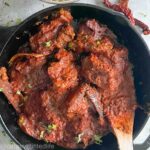 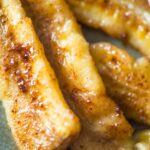 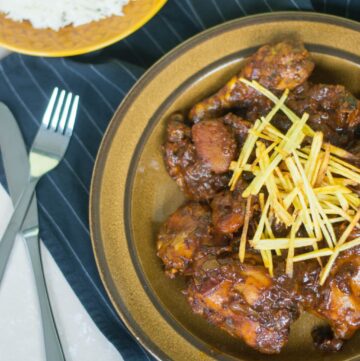 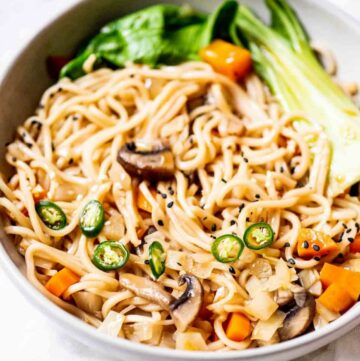 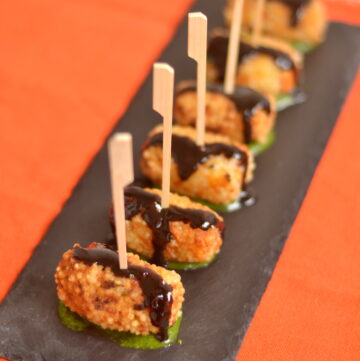 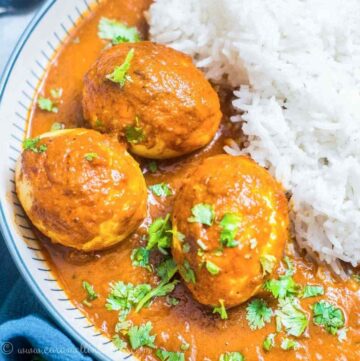 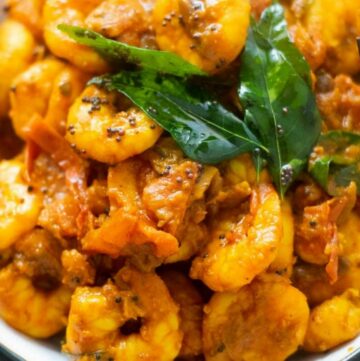